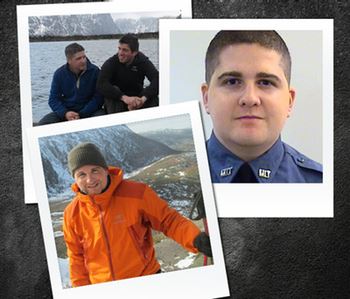 Sean was a well-respected police officer who was known for his caring and compassionate demeanor. Sean volunteered his time to various groups and organizations in order to make the community around him a better place. In honor of Sean, the Lincoln Police Association has created a permanent memorial in the lobby of the Public Safety Building.